When 11-year-old Joplin's grandfather dies, her mom says that Joplin can keep anything of her grandfather's that she wants. Joplin selects a red cookie jar that contains no cookies, just pieces of a broken china platter. Joplin's mother's friend Jen (though Joplin calls her "Aunt Jen") has the platter restored to what it was, a scene of a landscape and a young girl, around Joplin's age, standing next to a pond.

Joplin has no friends and, feeling lonely, wishes that the girl in the platter could be her friend. The very next morning, the girl is sitting in the garden behind the apartment. The girl introduces herself as Sofie. Sofie explains that she is cursed, and she tells Joplin her story.

400 years ago, Sofie had lived in a little Dutch village with her mother, father, two brothers, and a sister. Often, her mother would send her to the market to buy and sell basic necessities like food and cloth. On the way, Sofie would pass a large house that belonged to a potter called Hans van der Brock. He would often be standing outside, watching everyone who went by, looking for ideas to paint on china that he made. One day he asked Sofie to pose for him. After that, she would pose for him practically every week. One day, he had her stand in a very specific pose, and, rather than drawing her picture with charcoal, he painted her picture on a china platter. He then sprinkled three different powders on it, one yellow, one white, one blue. Then, suddenly, she was not standing where she had been. Instead, she was looking up at his face. She had become part of a picture on a platter. In addition, she now had to grant every wish the owner of the platter made.

Hans wished for immortality, which meant that right now he is out there, somewhere.

Sofie just wanted to go back home, and Joplin promised to help set her free. But Sofie said it would be impossible, as the only one with the power to free her was the one who enslaved her, 400 years ago...

I'm just going to say this right now: I loved this story. It has great characters, a cool plot, a few neat twists, and it's suitable for people aged 9+. If you ask me, Joplin, Wishing is a lot like Aladdin; Sofie is like a genie, Joplin is her Aladdin, Sofie is trapped, and Joplin temporarily releases her, so now Sofie has to grant Joplin's wishes, though Joplin is kind and doesn't simply use Sofie for that purpose. Joplin is determined to help Sofie under any circumstances, good or bad.

Joplin, Wishing is about how true friendship can really (literally!) be magical. The front of the book asks "Can one last wish set her free?" Maybe it can.

--------------------------
Daddy's afterthoughts: This story is a spectacular twist on the Becoming the Genie trope. Unlike Disney's Aladdin (which young people are, for better or worse, much more likely to be familiar with than its source material, One Thousand and One Nights), this story does not have - nor does it need - the barely-contained chaos of Robin Williams' genie. This novel does not go for slapstick. It also has aspects of The Lion, the Witch, and the Wardrobe (young girl stays at the house of an eccentric older relative, young girl finds a fascinating object, and magical adventures ensue) and the myth of Pygmalion and Galatea (lonely character crafts a sculpture, realizes how lonely he is in real life, prays for a companion, and the goddess Aphrodite brings his statue to life). Diane Stanley's 2017 story weaves these familiar elements together in a novel that will appeal to young readers (Kirkus suggests 8-12, but I might go as high as 14, or even higher, as it is a lovely story).
at June 30, 2018 No comments: 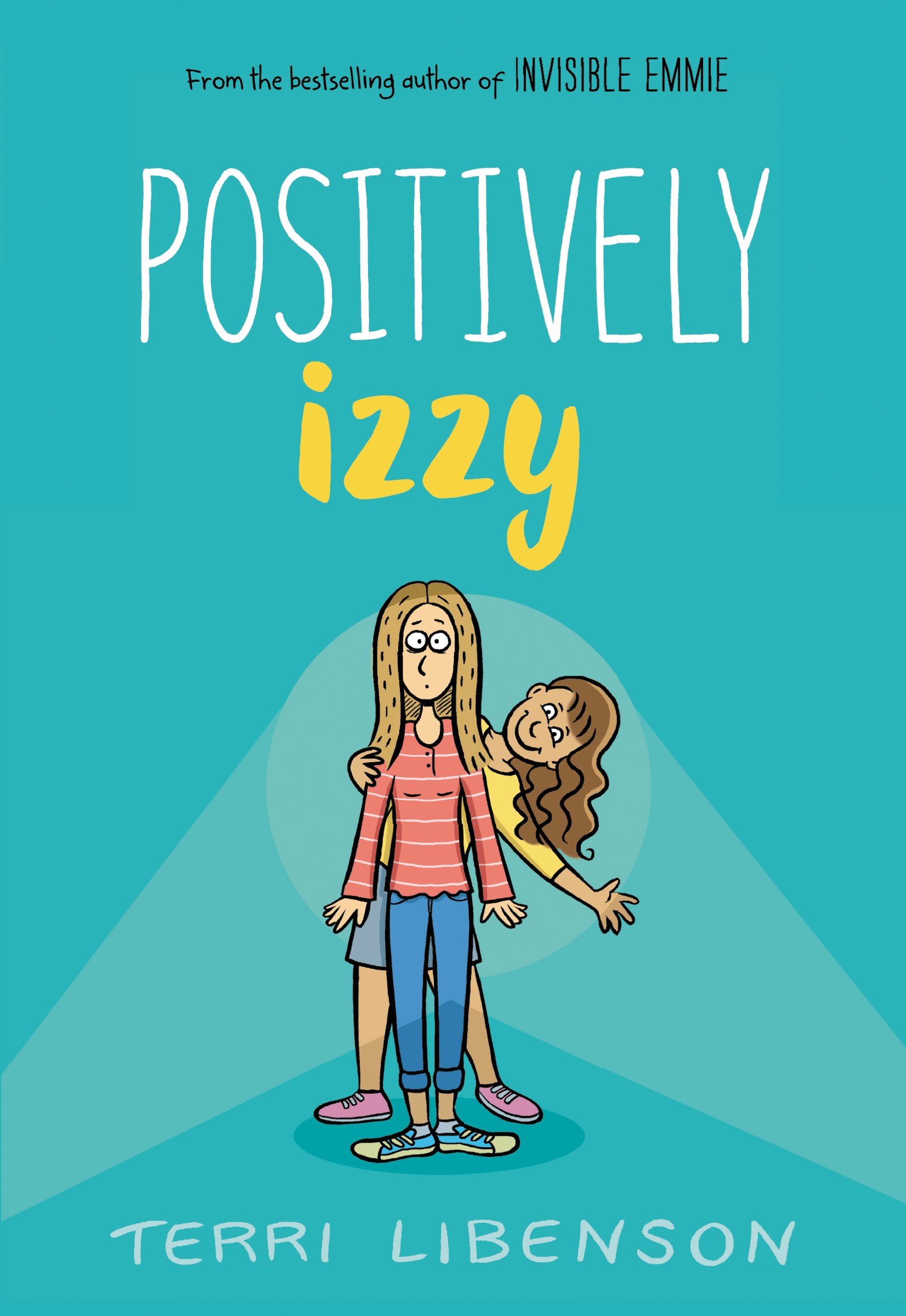 Brianna (Bri) is a brain, a little Einstein. She likes that she gets good grades, but wants people to know her for who she is on the inside, rather than judging her for pen markings on papers. She doesn't want to have a label stuck on her.

Izzy is a dreamer, a pure artist. She likes to write stories and loves to act, enjoying the way she change herself, just throw away her identity and take up someone else's. But she isn't exactly an "A" student.

Bri is dreading the school Talent Show. Her mother, the drama teacher, has always been pressuring her to try acting as an activity, but Bri hates to act. Then, on the day of the show, Bri's mom comes up to her and says, "One of the talent show entries is a group of 7th graders doing short, interrelated scenes from a play. There's a two -person scene... and an actor got sick." Bri knows what she is going to say next. "They need a last-minute replacement."

Izzy, on the other hand, can't wait for the school Talent Show. She's been practicing her act for days, and she knows she's ready! But one day, at school, she forgets to do a "mandatory" assignment for math, earning a zero, again. She plans to hide that fact from her mom, but her mom discovers the assignment lying on a table, and punishes Izzy for the zero by telling her she can't go to the Talent Show.

Brianna and Izzy don't exactly know each other at the moment, but soon, their lives will meet in a rather unexpected way...

I can personally relate with Izzy in one or two ways. I do forget assignments and try to hide that fact from my parents, but they eventually find out and punish me for it. And I can't always focus in class. I can relate with Bri in that I do get good grades (straight-A 7th grader, thank you very much!), I don't like acting, and I have parents who pressure me to do things that are out of my comfort zone.

You see, Bri and Izzy are just your two average 7th grade girls. They don't have superpowers, they aren't especially popular, and they enjoy simply to be with their friends and family. But this story of two average girls and their average lives is both surprising (wait until you read the ending!) and likely to put a smile on your face.

Positively Izzy is a graphic novel for ages 9-12. If you are a fan of Raina Telgemeier's Smile, Sisters, Drama, and Ghosts; the well-known Babysitter's Club series; or Sunny Side Up and Swing It, Sunny by Matthew and Jennifer L. Holm, then here is my 100% guarantee that you will like this book.

So read on, and remember, be positive!

"I do forget assignments and try to hide that fact from my parents..."