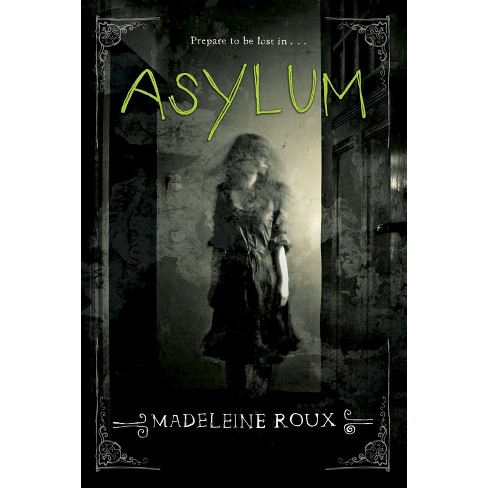 Daniel (Dan) Crawford is a 16-year-old attending the New Hampshire College Prep summer program, a program designed to prepare students for college life by having them live in a dorm and take courses for 5 weeks. However, this year the regular dorms have been closed, and the students have to spend their 5 weeks in the old Brookline Asylum.

There he meets Abby and Jordan, two other teens attending the program. Abby has an artistic focus, while Jordan prefers math. One night they are exploring the basement of the old asylum, and they begin to unearth some dark secrets. They find horrific black and white pictures of patients and doctors performing "medical" experiments, creepy and disturbing images that disgust and horrify them. These would be the first of many disturbing discoveries at the old asylum.

A few days later, Dan finds an unread email in his Sent folder. How that even could happen, he is not sure. He clicks on it and is only able to read "RE: Your inquiry regarding patient 361" before an error message pops up. Upon closing it, Dan sees that the email is gone.

As the days pass, more weird things happen. Dan finds notes on his desk that say odd things, his friends receive texts from him that he never sent, he has dreams of the asylum, he gets more emails about "patient 361," and he begins to experience hallucinations. One hallucination is of a room with an operating table, with bloody shackles on the wall. One day, while exploring the grounds, he, Jordan, and Abby find the room, the one from his hallucination. How is that possible?

It turns out that Brookline has dark secrets, and a haunting (and haunted!) past. As Dan and his new friends unearth more of the truth about what really went on in the asylum, they find information that connects them - personally - with the asylum's dark past...

Asylum is the first in a bone-chilling trilogy featuring actual photos from actual asylums, which really adds to the creepy atmosphere. Highly recommended for older readers with a high tolerance for books that rank high on the creep-out factor, as it also contains some mild profanity. But you'd swear too if you were stuck where they were. When I finished reading this book for the first time, I was mildly disturbed. Definitely not something I'd recommend for a late-night story.

Asylum is the first book of the trilogy. Find reviews for the next novel, Sanctum, here. Asylum, as described by New York Times bestselling author Heather Brewer: as "Dark, twisted magnificence. Brilliant!" I agree with Heather Brewer!

------------------
Daddy's afterthoughts:  I will confess I did not read this book. There seem to be shades of The Shining, though, and IMO, nothing tops The Shining. Still, I would never recommend The Shining for the pre-high school age group, so maybe this series is a good scaffold up to that level of horror novel. I don't know when or where Julia made a left turn from historical fiction and decided that horror was her bag (she's been bugging me to let her watch The Ring), but whatever keeps her reading :-)