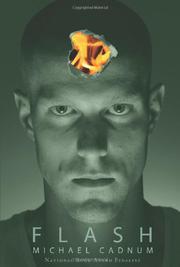 Bruce, 16, and Milton, 18, are brothers, and the type of high schoolers that always get into trouble. Bruce gets into fights, and Milton gets arrested. In fact, Milton and Bruce are planning a robbery even though Milton hasn’t even had a trial from his last crime. But it's not what you think... they're not "bad" guys.

When they get to the bank that they want to rob, Bruce gets out of the car that they used to get there, and which will also act as their getaway car, and everything seems to go fine. Until Bruce tears out of the bank, with a practically empty sack, and tells Milton to drive. They get 3 blocks away when the bag explodes. The teller had sneaked a dye bomb into the bag. And now they have useless money, and are covered in neon green dye.

They bury the evidence in their backyard. But they haven’t buried the soiled wealth unnoticed, though. Terrence, an “almost legally blind” neighbor, has heard them and recorded their conversation while out bird-watching. (Actually, he doesn’t really “watch” them. Since he is nearly blind, all he can do is record their songs and the sounds they make. But this is why he has his recording equipment with him.)

The dust jacket says that Flash is based on an actual robbery that the author witnessed. I liked the way the narration is in the third person, but the point of view switches from seeing Nina’s side, to Milton’s side, to Terrence’s side, and back again, as if someone were recording their thoughts and words. The novel talked about the crime from the criminals’ perspective, and I liked that too – it is not something you see a lot: Bruce and Milton are motivated by the need to get money for their family, not just to be "bad guys." Ever since an explosion at the sugar refinery killed their father, their family has been very tight on money. The insurance company forced the family to take only 1/3 of the payment they were due. The insurance company knew that he had nothing to do with the accident, and was just ripping the family off. They told them they could take 1/3 or take nothing. What choice did they have? Now they are poor, and their mother is sick (and lacks the money to get proper medical help).

I found this in a “horror” section in the library... which is weird. This book is not scary, other than the mildly disturbing cover image. Michael Cadnum used a real event to write a “thriller” that in my opinion was not super-thrilling. But don’t let what I say get in the way of if you want to read it, if you like crime thrillers or detective stories, that type of thing. By all means, go right ahead!


Daddy's afterthoughts: Julia was not especially enthralled with this one, but it's not really her genre of choice. Kirkus rates the book highly, praising its "unpredictable resolution that brings the cast to the end leaves room for reflection on motivation and character in hard times." Bob's Book Blog calls Cadnum's writing "vivid and evocative" and calls it a "brilliant story for teens and reluctant boy readers." Well, Julia is neither a reluctant reader, nor a boy, so maybe that's it. The book is gritty, realistic fiction, not the fantasy and dystopian fare that is de rigueur in YA fiction these days, so if you are looking for something in that vein, there you go.
at April 13, 2018